North Wales Wildlife Trust has had a consultancy arm since 1995 (formerly North Wales Environmental Services – NWES), with Enfys Ecology being launched in 2010.  As a Wildlife Trust Consultancy we are in the privileged position of being able to call upon the knowledge and expertise of the Trust staff who have been protecting North Wales’ Wildlife for the last 50 years.

Enfys ecology started with one member of staff in 2010 with the support the the Trust Director and trustees and has increased steadily since then.  We now have three full time members of staff and a number of assistants/sub-contractors which we call upon during the busy summer months.

Frances has worked in charity and commercial wildlife conservation in North Wales for 25 years. As Conservation Officer for North Wales Wildlife Trust she was responsible for the management of over 30 nature reserves, a Wildlife Site survey of NE Wales and focussed particularly on mammal surveying. Following her appointment as Director of the charity and its 2 subsidiary companies in 2001, she has since developed skills in project, business, staff, and financial planning and management.

Rhian has worked for North Wales Wildlife Trust since 2007, initially as a conservation volunteer, then as Dormouse Project Officer from 2007 – 2010, still over-seeing the monitoring.  Rhian has managed the  Wildlife Trust  Brown Hare Project and since 2010 she has been responsible for running of Enfys Ecology.  This has involved a wide variety of work from business development to surveys, managing sub-contractors and staff to report writing.  Rhian’s main experience is in european protected species and hold licences for dormouse, bats and great crested newts.  Rhian is a full member of CIEEM, holds a CSCS card and has also recently gained her tree climbing qualification.

Tim joined Enfys Ecology in 2013 to assist Rhian running Enfys ecological projects. Tim is experienced in a range of ecological and protected species surveys, and is also a capable entomologist. While broadly specialising on freshwater invertebrates (including their use in water quality analysis) he has also carried out terrestrial invertebrate work in a variety of habitats. Tim holds a licence for great crested newts, he is an associate member of CIEEM and also has a CSCS card.  Since joining Enfys Tim has taken the lead in carrying out extended Phase 1 surveys and BREEAM reports. 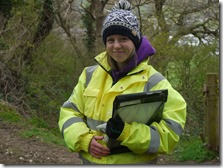 Lucy joined the Enfys team in summer 2015 as a Graduate ecologist.  Lucy comes from a local record centre background having worked for both Cofnod (the record centre for North Wales) and Record (Cheshire).  Lucy has had experience of working with great crested newts, dormice and also GIS experience.  As well as taking on the role of ecologist, Lucy also carries out the finance roles within Enfys. 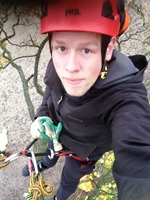 Peter joined the Enfys team in summer 2016 as a sub-contractor and has now joined Enfys as an ecologist, acting as Ecological Clerk of Works for a large windfarm project.  After leaving university in Aberystwyth Peter went straight in to Environmental Consultancy working in various roles on projects ranging from single storey garage conversions to multi-billion pound army re-basing schemes. Starting out as an Environmental Impact Assessment Consultant and Project Manager, he soon found that his interests lay in Ecology. Since making the move, he hasn't looked back, gaining European Protected Species Licenses, Tree Climbing qualifications and acting as Ecological Clerk of works along with many other skills. Peter has experience working with various sectors as an ecologist including, The Nuclear Industry, National Defence and Nation Wide Infrastructure.

Enfys Ecology works closely with other local associate consultants, these include:- 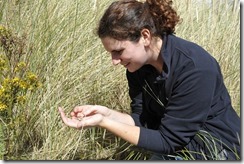 Amy’s main interest is bats and she has been involved in bat surveys since 2008 when she was studying for a degree in wildlife and practical conservation. Since graduating, Amy has been working in conservation within local authorities and third sector organisations, currently with North Wales Wildlife Trust. Amy holds a Bat licence and Great Crested Newt licence and is also competent at Dormouse and Water Vole surveys. 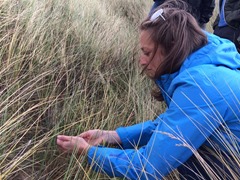 In 2009 Sophie began working with various local wildlife charities, councils and other organisations as a conservation volunteer.  The experience gained in this area led her to become involved with ecological work in 2011, and she has been a regular sub-contractor for Enfys since 2012.  She is competent in the monitoring/surveying, trapping, and habitat/mitigation work for a range of species (including European Protected Species).  Her main area of interest is in amphibians, with several years experience of working with the (EPS) great crested newt and natterjack toad.  Sophie is an experienced Ecological Clerk of Works (ECoW) on construction sites, and is a CSCS cardholder.  She is also a named surveyor on the sand lizard re-introduction project in North Wales. 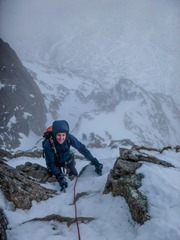 Emily has a wide range of experience in ecology surveying and has been working in Ecological consultancy for over 5 years - With particular interest and experience in European protected species and ornithology. Emily graduated in Marine and Freshwater Biology in 2011 and her passion for wildlife and conservation has since taken her to work in various research and conservation projects in the UK and abroad - From mist netting tropical bird species in the Amazon rainforest to marine turtle conservation in the Caribbean.  Emily holds a Great Crested Newt level 2 licence, and is an experienced Ecological Clerk of Works (ECoW).

Mick (BSc., MSc.) has a wealth of experience having previously worked for many years as an ecologist in local government. His particular interest is reptiles. He has been the reptile recorder for the North East Wales Amphibian and Reptile Network since 2002 and has undertaken numerous surveys and assessments including long-term studies of adder and grass snake populations. He has an on-going involvement in the re-introduction and monitoring of the sand lizard in NE Wales. Mick holds licences for sand lizard and great crested newt. 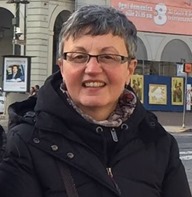 Lucia Ruffino is a free-lance botanical surveyor and bryologist living and working in North Wales.

Lucia's botanical knowledge has developed over the years from an amateur background and she now specialises in NVC surveys in upland and peatland habitats.  She also has experience in Phase 1 surveys and vegetation assessment for monitoring projects. 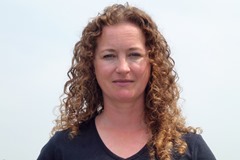 Becky Clews-Roberts is a locally based Consultant Ecologist who has undertaken work for Enfys Ecology in the form of surveys and a data collection project. Surveys include a Phase 1 survey of Wrexham Industrial Estate as well as bat emergence and great crested newt surveys. Becky holds a Dormouse licence with Natural Resources Wales (NRW) and a temporary Schedule 1 licence for hen harrier and barn owl for projects in 2016.

Although Becky works for the Red Squirrels Trust Wales attempting to halt the decline of red squirrels in Clocaenog Forest, she always finds time to help us with seasonal surveys.

We conduct surveys on proteced species such as bats, newts and dormice...

We perform Ecological Assessments including, extended phase 1 and NVC surveys...

We plan, manage and advise on conservation work...

We provide bespoke training sessions for a range of public and private clientele...